Where I live, the wondrous weather of Indiana just dumped a few inches of snow down. All of my friends are talking about the NFL draft. The first week of football Free Agency has came and went. For a lot of reasons, it doesn’t even seem like we’re on the precipice of the 2018 Baseball Season. But for baseball fans, now that we’re into the final week, the feeling of anticipation for Opening Day is becoming undeniable.

This year, the first day of the season will feature every team playing on an opening Thursday that is a surprisingly earlier than normal, on March 29th. As such, this will be my last article before the season starts, and probably more than a few people have gotten through their drafts already. Still, while “Fantasy Information” is no longer “Draft Prep” to many, that doesn’t mean we should just ignore it entirely. Information can still be used to build buying/selling opinions as the season progresses. 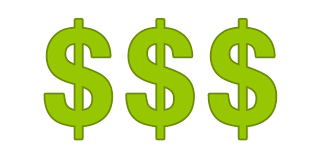 This is more of a light recommendation, though one I make with OBP leagues in mind, where Santana gets a considerable boost. Santana is moving from Progressive Field, which is an alright ballpark, to quite possibly the best Home Run park in baseball in Citizens Bank. Santana represents one of the bigger financial commitments on the Phillies roster. As a power hitter who chips in steals regularly, Santana represents a potential value if you can get him closer to his FantasyPros / NFBC ADP of 145-167. This recommendation is not for those in an ESPN 5×5 league seeing Santana go closer to pick 100.

This list is ordered by FantasyPros Overall ADP, however if it were listed by degree on confidence, Ender Inciarte would probably be my most confident ADP bargain on this page. The statistics may not blow you away, but where Inciarte lacks the traditional Power of a fantasy asset, the BA/R/SB three category production will be enough to carry Inciarte to an easy top 100 finish that threatens the top 50 in terms of overall fantasy value. Do not underestimate the value of a .300+ BA, 90-100+ R, 20+ SB hitter on just those three merits alone.

The playing time situation is murky. That isn’t good. What’s good is it takes a draft price with growth potential and keeps it down near ADP 100. As of my latest rankings, I’m probably a bit too optimistic on Santana based on this Playing Time crunch. The skill-based concerns deal with his high-K%, but what I love about Santana is that his Batted Ball profile and BABIP projections metrics like Hard Contact and those involved with launch angle are all excellent. Even if I’m a bit too high on Domingo, I believe that he’s still someone who’s worth going after a round or two early.

I was a huge Buxton disbeliever last year. I think Buxton has finally showed us enough though for that solid power and particularly strong speed to shine through for fantasy owners. Buxton still didn’t make great contact in 2017, but he made better contact. While that may not seem like a huge step, for Buxton it placed him in a tier amongst many low-Contact hitters as opposed to being on an island all alone or with one or two other Whiff-Monsters like Chris Carter and Joey Gallo. Buxton is explosive fast and can beat out infield singles and be a disruptive force on the basepaths. Even with a high K-rate and a poor line-up position it wouldn’t surprise me at all to see Buxton see a 20/40 type line as soon as 2018.

This is another recommendation, perhaps not as strong as the others, but one I make because I have a strong belief in Upton outperforming his current ADP of 46. Upton is a solid hitter who should contribute both in terms of power and speed. Taking a step back from the pure baseball for a second though, in the last few years Upton has been from San Diego to Detroit to LA and hasn’t stuck to any individual location for long. Billy Eppler, GM for LAA, made it a point of not just locking up Upton, but handing him a full No-Trade Clause. This Clause says one thing to me: Get comfortable Mr. Upton and get ready to win, you’re here for us to make a run at a title. It’s a small thing, but baseball players are obviously affected by how their situation is set up to potentially thrive. I believe Upton is in such a position where he has been set up to thrive.

While Springer is already going in the top 3 Rounds in almost every draft, to me Springer is not just a potential second Rounder, but a player who could theoretically deserve some first round conversation. That may seem crazy, but Springer has consistently evolved into a better hitter on a year-to-year basis over the course of the past three years. He has cut down his K% and restored his power. He leads off for one of the best Line-Ups in baseball and could theoretically lead the league in Plate Appearances. I don’t think it’s too crazy to believe in a .290/35/5-10 season as being achievable next season, and with potentially 110-120 Runs, that’s an elite fantasy stat line.

Blackmon is a consensus top 10 pick, but for me Blackmon is the 3rd Overall Fantasy player, and there’s a bit of a gap between a consensus top 10 and a top 3. Many who knock Blackmon focus on the declining speed. Even with 10 SBs though I think Blackmon justifies this ranking on the back of particularly a strong BA. Many call Blackmon a “.300 Hitter,” but this doesn’t do justice to a bat that has produced BA’s of above .320 in the past couple seasons. That massive BA outlier, alongside a potentially league leading Runs Scored total, give Blackmon two elite statistics before we even start talking about the potential 30-35 HR power or 10-20 SB speed. Trout—Altuve—Blackmon. That simple.

Next time I have an article written, opening Day will be underway and perhaps we’ll have some actual, 2018 baseball to discuss. Until then, happy hunting.

Our guest this week is Professor Mark Rush. By day Mark is the well respected Law & Political Professor of Washington & Lee University and by night is the Chief Editor as well as a writer with majorleaguefantasysports.com. His articles are published every Monday morning and his primary focus is starting pitching.