I’ve been doing this piece now for a few weeks, and I think I’m finally starting to figure out the full organization for the Weekly Closer Review. For those that do not normally read this column, or have not yet this year, the goal is two-fold: inform on the weekly developments of closing situations, as well as point out players who present greater value in leagues that count Holds or other such Inherited Runners Stranded type categories. This week however will just focus on the former.

I want to make the format of the Closer Review Clear as I believe it is something that I will be using fo the rest of the season. In essence, keep the following in mind:

3.) All 30 Teams will be covered weekly. Basic Categories: “No-Drama”, “Minimum-Drama”, “Concerning,” detail situations where the closers are more clear. Situations worth discussing will be discussed underneath. Teams not appearing for lack of SV Opportunity will be found below.

Again, if you’ve been following the last few weeks– it isn’t that different. But it is becoming a bit more systemic and exact, so I’m hoping this explanation helps to understand the…

No Drama Closers: Clear Closers who got all clean Saves this week. No particular order.

Minimum-Drama Closers: Clear Closers who did not quite get all clean Saves this week. But what runs they gave up or problems they faced do not concern me. 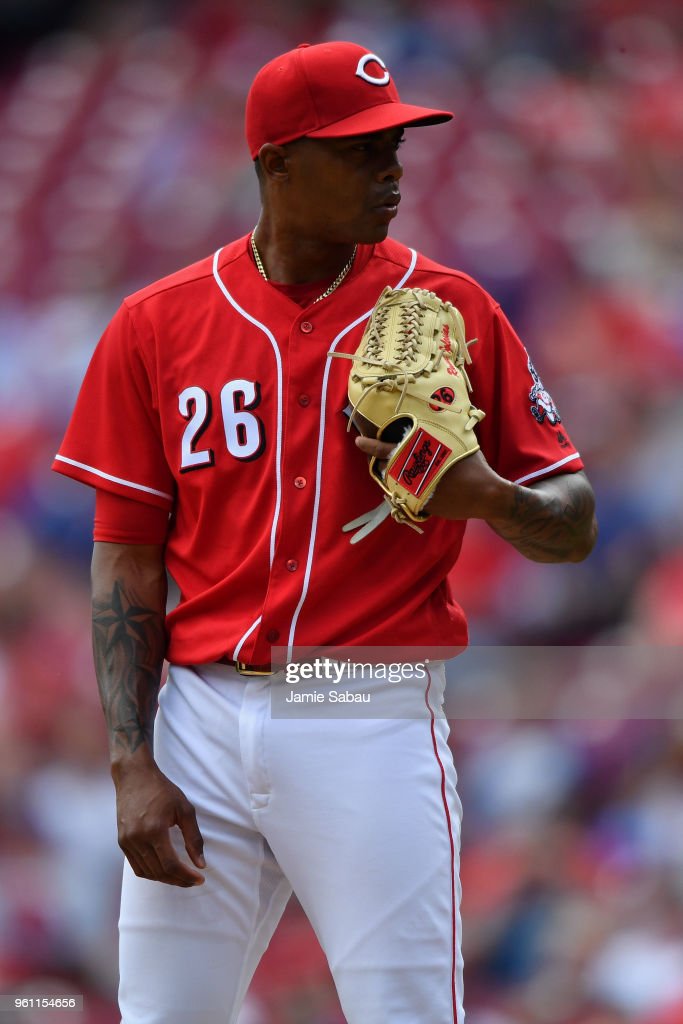 Raisel Iglesias (Cincinnati Reds) — I’m once again not panicking about Raisel Iglesias. So far this year, he has been bad, good, and now is struggling once more. The Ks are there and even more so than usual. The real issue is the longball, which has always been an issue for Iglesias to be fair. I think he continues to get used more traditionally as the season moves forward, and I still believe Iglesias holds onto this job.

Pedro Strop (Chicago Cubs) — Strop had one good save this week, and one game where he couldn’t get a single out (0.0 IP, 3 ER). On the season he currently sports a 5+ ERA and a 4+ BB/9 alongside a 4 SV to 2 BS ratio. It’s not panic time yet necessarily, but Brandon Morrow has failed to make it to the field so far this year, and given his track record he’s not a sure thing to be relied on either. One of my early season bold predictions was that Steve Cishek would find his way into the Closer Role. Maybe they continue to use him just in high leverage, and maybe it is my own bias seeing this situation changing soon, but those in deeper save leagues I think can stand to add Steve Cishek and hope to get a closer for at least part of the season. As of now, it is Strop that holds the position, but I’d be wary of him moving forward.

Atlanta Braves — I doubt we see much clarity in this closer situation without Craig Kimbrel. If AJ Minter were to play at a very high level, I think he could reign over the job. But he hasn’t been dominant. He hasn’t even really been good (7+ ERA, 5+ BB/9). That has opened the door once again for a committee that seems to favor Luke Jackson. Jackson was considered highly talented as a prospect and at 27 YO is off to a strong start out of the bullpen. Jackson is a must-add in most (deep) Saves based formats, and unless Kimbrel is signed this situation may be a bit messy all year.

Boston Red Sox — Brasier and Barnes are just impossible to predict I’d say. Brasier to me seems like the one who gets the most 9th inning chances, and the numbers support that, but the usages can be confusing. For instance, Barnes getting a Save in a 5-Run game is not too surprising. It’s a non-Traditional Save opportunity. And if Brasier watched it cold on the bench it wouldn’t be an issue for Ryan Brasier fans. But Brasier wasn’t used in that situation because he was already used in the game in the 7th inning, not because there simply wasn’t a “traditional” save opportunity. Both are worth owning, and Brasier more so to me right now in Saves leagues. But the usage will likely be frustrating with 7th Inning appearances coming semi-frequently for both pitchers.

Los Angeles Angels — This situation is one where we have to start by reminding ourselves that a Closer is not a Team’s best reliever, nor is the direct path to becoming the closer simply about being a Team’s best reliever. Ty Buttrey has been incredible so far this year. 11+ K/9, a low BB/9, and not a single HR allowed so far this year. His ERA is a shade over 1.00, and he may be one of the best 30 Relievers in the game right this minute. But that’s not what being closer is entirely about. There’s reasons a manager gives a player the Closer role that range from seniority to history to arbitration dollars. Hansel Robles has gotten the first shot to hold the job, and I believe he has enough skill to hold the job. So in a Saves league, Robles is probably my pick. But don’t overlook how good Buttrey has been this year.

Texas Rangers — Jose Leclerc was officially removed from the Texas Rangers Closer position. This is a rather major development in the Closer market. Many, myself included, felt him to have a real chance to join the elite tier this year. Moving forward, I think Leclerc can still regain his 2018 form. But in most redraft leagues, he’s not really worth holding onto. If he looks to be turning it around in the early innings, I’d be willing to jump on quickly. For now, I’d look for Shawn Kelley to get Saves.

Kansas City Royals — Ian Kennedy finally got another Save, his second dating back to the first week of the season. Kennedy didn’t have a perfect week by any means, but I’m just wondering when they’re going to give Ian Kennedy a run as a full-time closer. What’s the risk or harm for this team? He currently sports a 12+ K/9 and 2.76 ERA. I don’t know if that’s the direction they go, but with little faith in many of their other options, Kennedy is the way I’m starting to lean.

Tampa Bay Rays — This is just a confusing situation in general. I’ve been trying to stay ahead of it all season and really from game-to-game I feel that I don’t know who they will use. There’s some blemishes in the profiles for each of the main two (Castillo — HRs / Alvarado — BBs), but they are both performing at a high level. Some others may steal some saves, but right now both Castillo and Alvarado are worth owning in most Mixed Leagues.

Oakland Athletics closer Blake Treinen has been dealing with an elbow Injury. Treinen was one of the more clear-cut Saves options coming into 2019, and so far this year (aside from an inflated BB rate) he’s been pretty solid. If his absence has any real time to it, I would expect to see them experiment with a number of relievers including Fernando Rodney. Right now though, the name that I think has intriguing skills and abilities is Lou Trivino. Trivino has been excellent so far this year and in his first 89 Innings. The A’s would probably prefer to use a Contract Player, but Trivino may force their hand for a time if Treinen is absent, as I don’t have much faith in their “Fernando Rodney”-type options.

Seattle Mariners — Still seems to be the same as before, with Anthony Swarzak and Roenis Elias being the two main candidates. Mariners have seemed to use Elias in more traditional situations so far this year, but Swarzak is the combination of skills+role I think will be most worth investing in by the end of the season.

New York Mets — Bit of an asterisk here. Jeurys Familia had a (blown) SVO, so if you’re still holding out hope on him in a Holds league, now may be a good time to see if a Lou Trivino is out there. Edwin Diaz lost two tied games this week but overall I’m not concerned about his performance level.

Major League Fantasy Baseball Radio Show: Join host Cole Freel live on Sunday May 5th, 2019 from 8pm-9:30pm EST for episode #157 of Major League Fantasy Baseball Radio. We are a live broadcast that will take callers at 323-870-4395. Press 1 to speak with the host. You can listen live on blogtalk, majorleaguefantasysports.com, or download the podcast on I-Tunes or any Android podcast app. We will discuss spot starters for the coming week, plus a weekend update, and look ahead to next week.

Our guest this week is Kyle Klinker. Kyle is an experienced Major League Fantasy Baseball owner with a championship under his belt.

Major League Fantasy Baseball Radio Show: Join host Cole Freel, and Kyle Amore live on Thursday May 9th, 2019 from 7:30-9pm EST for episode #158 of Major League Fantasy Baseball Radio. We are a live broadcast that will take callers at 323-870-4395. Press 1 to speak with the host. You can listen live on blogtalk, majorleaguefantasysports.com, or download the podcast on I-Tunes or any Android podcast app. Cole and Kyle will discuss the latest happenings in the world of MLB and fantasy. They will take a look back on the previous few days and a preview of the coming weekend. Including spot starts, bullpens, offense, and minor league players.