Clean Week Closers — Players who have little-to-nothing to discuss role wise, as well as got their team’s save Opportunities this week and converted flawlessly.

I always feel a bit strange putting someone like Mychal Givens in a category like this, but it does suit him this week. It isn’t the most lucrative job in terms of Saves and Givens’ performance has not been ideal, but I would put him as the favorite to earn the next save chance at this point.

Roenis Elias is another guy who just doesn’t ever feel like he belongs in this category, even when he happens to fit the criteria for a week. I do believe he is the favored option at this point to get upcoming save chances. However, his skills are a bit lackluster for the Closer position, and his actual production (4.81 ERA) is also fairly poor.

Ken Giles and Alex Colome are worth noting on this list as both could be seen as “available” given their performance this year combined with their teams’ relative competitiveness. Players like Daniel Hudson of the Blue Jays and Aaron Bummer of the Chicago White Sox are reasonable speculative adds if they are available in Saves leagues, as there is a possibility they inherit the role with a trade. Also keep in mind that these two will also potentially replace a different closer, or potentially lose the opportunity for Saves themselves.

Clear Closers who “Struggled” — “Struggled” taken loosely. Simply the closer fails to live up to the criteria of the former category. Specifically, the world “Flawlessly.” But they are the clear closers with little to discuss. 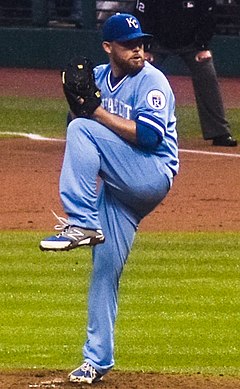 Ian Kennedy may not have had a perfect week, but he really has cemented himself as a strong, consistent closer for the Kansas City Royals. Kennedy has an impressive 18 Saves now this season despite not starting as the full-time closer until fairly recently. And while he has not managed ideal ratios, Kennedy’s 3.48 ERA is modest, and will likely allow him to keep the job on a team that has the ambitions of the Kansas City Royals.

I believe this is the first time I’ve put Rogers as the “Clear” closer despite the fact that this wasn’t a good or at least perfect week for him. While this clearly started as a Committee, Rogers has pitched the best this year and seems to be utilized in Save situations the vast majority of the time. To me, it seems likely that they would still be flexible in a complete extreme situation– like 2+ Lefties due up in the 8th inning and all RHH due up in the subsequent 9th– but that still leaves enough room to get the same percentage of his team’s Saves as the vast majority of closers. And in terms of not being perfect this week– Rogers has been dominant all year with his 2.27 ERA.

Hector Neris is one particular closer to keep an eye on, as his particularly bad week has really driven his production into some lackluster territory. Neris has a 4.01 ERA as of Wednesday morning. His earlier performance this year has locked him into the role for now, but weeks like this past week can’t happen too often as a closer.

Luke Jackson has to get replaced by someone at the Trade Deadline right? He’s been a fine reliever overall this season (3.19 ERA) but he seems to blow saves left and right. I’d like to continue to believe it is a fluke and the underlying numbers will eventually win out, but blown save after blown save that idea has to be put to the question. As of now, I think he may be better served trying the 7th inning for a while. But do the Braves have anyone who could do any better in the 9th?

Carlos Martinez was also subject to a rough week during this Closer Analysis. While I don’t believe he blew a single save this past week, I also don’t believe he had a single save where he surrendered fewer than 1 ER. It is a transition for him, and one that I have faith having some long terms legs. But similar to Neris above, three consecutive outings with runs allowed is just a streak that you have to break fairly quickly if you want to continue to close out games.

And finally, joining Alex Colome and Ken Giles in the extremely obvious category for trade candidates, Shane Greene of the Detroit Tigers is a name that is likely to be on the move prior to the trade deadline.

Teams / Closers With No Opportunity this Week

Wade Davis’ hold on the Rockies job is firm only because of his name, paycheck, and history of being “the closer” in recent years. And while Wade Davis did not have an SVO this week, he did manage to come into a game and give up a few runs and take the L. At this point, it is just a matter of if he can fake it enough to keep the job despite lackluster performance. For now he’s the clear closer.

The Rangers situation is perhaps the most interesting. Shawn Kelley is headed to the IL, and it seems that Chris Martin and — yes — Jose Leclerc are going to be filling in the role. Either has upside obviously if they get the job for any extended period of time, but as a massive Leclerc fan headed into the season, I find his potential to rejoin the save conversation very enticing.